Today, I want to share a Finnish smoothie recipe with you. I call it a “Queen Smoothie” (I’ll explain that later), but it is basically a raspberry blueberry smoothie made with yogurt and a little honey.

Here in Finland 🇫🇮, a mix of raspberry and bilberry is often referred to as “kuningatar”, which is the Finnish word for ‘queen’—hence the name. In shops, you can find a number of “kuningatar” products with the raspberry-bilberry combination, including quark, ice cream, yogurt, and kissel. So, last weekend when I enjoyed a wonderful kuningatar ice cream, I decided that my next recipe would be a Finland-inspired kuningatar smoothie.

Why do we associate raspberries and bilberries with the word for ‘queen’? As often is, the Swedes are to blame. More than a century ago, in 1903, a Swedish recipe book referred to a jam consisting of bilberry and raspberry as “drottningsylt”, queen(‘s) jam, and for some reason, the name stuck. 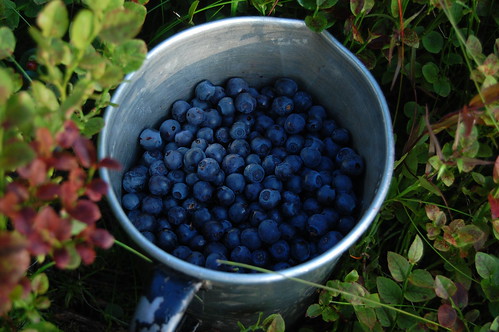 I find bilberries less sweet than the grown North American blueberries. For me, this is a good thing; I like the more acidic taste of the bilberry. Another positive thing with forest-grown bilberries is that they, naturally, are organic. This is probably not the case with the often conspicuously big blueberries…

Anyway, enough about the bilberries, here’s the recipe:

As you might know, chia seeds are not grown in Finland, so you can leave them out if you want a 100% Finnish experience.

Why this Finnish Queen Smoothie is good for you:

Hello! My name is Katia. I'm a rheumatoid arthritis fighter. I live in the land of a thousand lakes - Finland. Committing to one smoothie a day and sharing my recipes with the world on this website.

What are you looking for?